Interesting times – What lies ahead for the Brisbane and Australian Property Market.

Some Journalists and Economists are saying they think that Australian property values could fall by up to 30%. Brisbane property values are not expected to fall as far but these are still very big claims.

After more than 25 years in the property industry, and having been through a number of real estate cycles, including personally purchasing 66 properties
and many more for clients, I find these projections hard to reconcile with what I am seeing as a Brisbane buyers agent.

The GFC lead many of the same people to make comments similar to what are being made today. Back then, interest rates were higher and banks were not friendly to borrowers. Today interest rates are at all time historic lows and are unlikely to rise any time soon.

The Covid-19 pandemic is an unusual time, which has seen a lot of conflicting forecasts going around for the last few months.

Over the last few decades, wildly negative claims about Australian Property Prices from people like Harry Dent have been easy to dismiss as they were made by overseas “experts”, each trying to outdo the other with sensational headlines. Headlines sell advertising.

But what do we make of last week’s headline from Australia’s biggest bank, the Commonwealth Bank, which forecast property values could drop by as much as 32%. 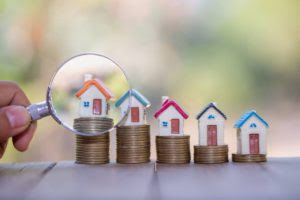 Well … it’s important to understand that most credible economists produce a range of forecasts that are modelled on different scenarios, good, bad and ugly.
This allows them to hope for the best but be prepared for the worst. Let history prove which scenario is right.

The forecast of a 32% drop in property values was CBA’s worst-case scenario. Not their most likely scenario. And it assumes a prolonged economic downturn as a result of the Coronavirus pandemic and also assumes unemployment will hit 10 % this year before falling to 6.5% by 2022. However, CBA’s preferred and most probable scenario is for a V-shaped recovery, in other words a shorter economic downturn which would see house prices drop by 11%.

If we think about this rationally, if the CBA really believed that house price falls of 30% were likely, they wouldn’t really be lending borrowers 80% or even 90% Loan to Value ratios, would they? The Qld Government is currently lending first home buyers in Brisbane up to 94% LVR with no Mortgage lenders insurance for purchases up to $475,000.

But don’t forget …It is not one Market

In fact, there’s not one Sydney or Melbourne or Brisbane property market either. There are markets within markets dependent upon price point, type of property and geographic location.
The Sydney and Melbourne markets are driven by quite different forces than the Brisbane market.

Brisbane hasn’t experienced the large price gains that the southern markets have had. My experience as a Brisbane Buyers Agent is that this market is more stable, more affordable and the yields are much better, in most cases, often double the yields of its southern counterparts. We will be living in a yield driven property investment world where which city, and location with in that city, you buy property will have a substantial impact on the outcome for your portfolio.

So back to those media headlines, which part of Australia’s property market is predicted to possibly fall in value by up to 30%? Is it all properties? I think that is very unlikely.

Is it median house prices, average house prices? Or will certain types of property fall in value much more than the others. Most property observers are saying the less expensive regions around greater Brisbane will hold up better than the rest of Australia.

Consumer confidence appears to have risen over the last couple of weeks as many people are starting to see some light at the end of the coronavirus tunnel, but close to 25 % of our workforce is now either unemployed or underemployed and these figures would be significantly worse were it not for the Governments JobKeeper incentives.

Which Locations will suffer more

But moving forward some suburbs are likely to only experience minimal falls in value while others will suffer more significantly. Some may not fall at all.

It is the local market knowledge and digging into the data and facts that will highlight where the pockets of potential and value are in the different markets.

With such low interest rates, most sellers can afford to hold onto their properties. Look for the ones who are ready to sell.

Off market properties are a good part of our purchases. As Buyers Agents in Brisbane it is the deep connections with many Brisbane sales agents that help reveal those unadvertised opportunities.

If we think about the typical demographic who bought homes in the new housing estates in the outer suburbs of our capital cities, we realise these residents are typically at the similar point in their life’s cycle, getting their foot on the property ladder, setting up assets their families, paying off a large mortgage and carrying significant credit card debt. 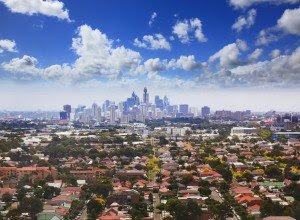 These are the types of locations in each city where residents are more likely to suffer mortgage stress, and if people need to sell up, at a time when their neighbours are in the same boat, property values could drop significantly. Sydney and Melbourne will have many areas like this. Brisbane also but to a lesser degree as prices have not risen as far.

The other group are for many investors who have bought off the plan basic apartments in and around our CBDs and who now have very little or even negative equity in their properties.

With few new investors buying this type of property, CBD apartments are likely to fall in value significantly. This has already happened in Brisbane and the excess stock is now being worked off.

Alternatively, the demographics of our established middle ring capital city suburbs are very different as they are populated by a range of families at different stages in their lifestyle and usually are more affluent with higher-paying jobs.

Some residents would have bought their property 30 to 40 years ago and paid off their mortgage altogether.

Others may have purchased the property 15 – 20 years ago and paid off the majority of the debt while living in the same street there would a few newer residents who have significant level of debt against their homes.

In the inner suburbs, demand is currently higher than the available supply of properties for sale so values in these types of suburbs are likely to hold up well.

What will happen to our property markets will depend upon how soon our economy picks up, the level of unemployment reached and importantly the level of consumer confidence coming out of our recession. 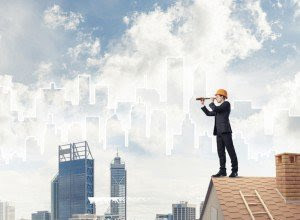 At the same time, with banks extending borrowers a moratorium in the form of deferred mortgage payments, there is no forced selling at present and the lack of new properties being listed for sale by owners is currently underpinning property values.

Fortunately, our Federal government has learned a lot about handling fiscal and monetary policy during economic downturns resulting in the substantially reducing interest rates, the introduction of Quantitative Easing and our spending $200 Billion plus to help workers and businesses to get us through this and will now doubt spend a lot more to kick start the economy.

Interest rates may lower even further with discussion about negative interest rates. Fixed rates are lower than variable rates. There’s a clue.

Clearly our housing markets won’t be immune to the Coronavirus economic fallout and property transaction levels will be significantly impacted over the next few months with discretionary sellers staying out of the market. All in all though, I do not believe the 30 % house price scenario will play out.